U.S. Quarters are one of the most collected valuable American coins (Coins worth money list 2022). They are usually very affordable pieces for collectors, and nowadays, it is a very easy to follow and cheap series to complete year by year. 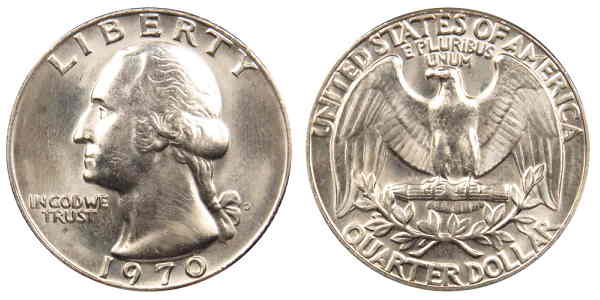 The more you go into these series, the more interesting they become. Any collector of these series will find this post very insightful as a way of deepening the study of these highly collected coins.

Here is our list of checked and recent auction records. Some of them reach sky-high prices!

What year of quarters are worth money? See our list of the most relevant years, and pay attention to date column.

Which rare quarters are worth money?

Factors such as the series, the conservation, the coin’s year of mintage or its rarity, determine the price. In numismatics, small factors can make the price vary greatly.

For the price list, and to compare some references with others, we will always give the estimated price of a coin encapsulated by NGC or by PCGS in MS60 status. As the degree of conservation increases, the price also increases exponentially, especially for the more expensive coins.

What quarters are worth keeping? As a general rule, those specimens that were minted in an important year and have a fairly good state of preservation.  Look for these dates: 1872, 1901 and pay close attention to whether your coin was minted in Carson City.

So the question is obvious: How do you know if a 25-cent is worth money? Below is a list of the most important currencies and the characteristics you should look for in each of them. It may be difficult, but… what if you have one of them and you still don’t know?

With a circulation of only 22850 units, this coin struck in Carson City (cc Mint type) is extremely rare in high conservation. Only two specimens of with an MS graduation have survived to this day, and they reach enormous prices in the market. It is only accessible to the most elite collections. Click here to know more about coins worth money in 2022. Don’t forget other important coins coined in Carson City, such as the 1871 cc liberty seated, pretty rare too. This variety has reached top price records, in fact was sold years ago for $115,000 according different sources, but we have not been able to verify it. .

The 25 -cent minted in 1958 San Francisco, could reach incredible prices if any are MS60 graduated specimens. The truth is that this value is a guide because the population the surviving population today is so scarce that there is no known coin without circulation.

The case of this piece is most curious. It has a relatively high print run compared to the other examples on this list, but it coincided with a change in the minting standard in 1873, so that almost all the specimens were destroyed. You can count on the fingers of one hand the number of well-preserved units that managed to survive to our time.

The 25-cent coin minted in New Orleans in 1852 has a similar story to the previous one. Despite the relatively high circulation of almost 100,000 units, most of the production was melted down, so only a handful of units remain in good condition – which are highly sought after by wealthy 25-c collectors.

This type of currency, coined in San Francisco, has a circulation of only 20,000. This very short print run explains the exorbitant prices reached in the collector’s market by the few highly preserved units that survived the Civil War.

Although this coin has a higher circulation than the other specimens on the list, it is in high demand in terms of conservation. It is not easy to find, as the obverse of the coin was treated very aggressively, so almost all the specimens we know of have been discovered with a very poor minting quality. For this reason, the existing coins with good quality coinage cost more than $14,000.

Apparently there is no reason to explain the rarity of this highly preserved piece. It is by far the most difficult barber coin to come by in any collection, and one of the rarest coins in all of 20th century American numismatics. The small quantity of units of 1901-s barbers  that have remained in good conservation today, makes its prices in the numismatic market disproportionate to its initial print run of 72,664 pieces.

The piece minted in San Francisco in 1896 has a greater number minted than other years – in total 188,039 units were produced. Due to the rarity of the well-preserved specimens, they have been brought into the present in one of the key dates of the series. Together with the 1901 and 1913 issues they are called the Big Three Quarter Dollars.

However, it should be noted for the last component of the Big Three, that the reason for its shortage is known. Only 40,000 copies have been minted. Yet, despite consisting of the fewest units, the fact that in the 1930s boom of numismatic collecting, it was only 20 years old, has meant that more specimens have been preserved in collections than its two older sisters.

The price of this 25-cent coin has more to do with the poor quality of the New Orleans Mint than with its circulation, as 712,000 units were produced. However, the specimens in conservation and of high quality are in great demand due to their scarcity.

Another example of the scarce production levels of the San Francisco Mint in the 20th century’s inaugural years . Only 542,000 were produced, the fifth smallest print run of this serie.

The rarity of the 1901’s issue in New Orleans also has more to do with the scarcity of good coins that have survived the 20th century than with its circulation. 1,612,000 pieces were produced, a considerable number, and by far the largest in the series.

In this issue of 1918 over 1917, we will make an exception in our policy of not reporting variants because of their numismatic importance. An undated stamp from this currency was first stamped with the year 1917 and then the last digit was corrected with an 8.

It is not yet clear why neither the San Francisco nor the Philadelphia mints detected this error, which would have led to the use of a new stamp.

However, thanks to this ruling, we have one of the most valuable and prized 25-cent coins for collectors.

The premiere of the new design, with the motif of freedom personified, caused a real stir in its day. There were many collectors and outsiders who wanted to have an example of the new design, meaning that even a few months after its launch, it already sold for more than a dollar.

The 1929 crash in the US economy meant that this year’s issues were heavily treasured by private individuals, since, as they are made up of silver, they will always have quite a lot of intrinsic value. This accumulation of precious metal led to a shortage of specimens in high conservation status, and this is why the 1927 25-cent coin ranks third on our list of most valuable coins.

There is a small imbalance in this list. We compared prices of coins in the same condition, MS60. However, to a lesser degree, this issue is even scarcer than its precedent in the list, the 1927-S piece.

At the end of World War I, one of the most affected sectors of the American economy was agriculture. The demand and prices of agricultural products suffered a significant recession, which also affected the production of 25-cent coins. This reference, minted in Denver, has a much lower circulation than its previous years, which resulted in a shortage of pieces for collectors until today.

As with the 1919 Denver 25-cent coin, the 1921 Philadelphia issue was strongly affected by the American post-war economy. It is the only 25 cent coin with a circulation of less than two million, which affects its scarcity.