There are some years when, exceptionally, the reverse has changed to commemorate an event. Some of these special years were 2004 and 2005, as they commemorated the two hundredth anniversary of the Louisiana Purchase and the Lewis and Clark expedition. This series of four different nickels is called The Westward Journey Nickels.

It is precisely in 2005 that the old buffaloes that we have not seen since 1938 reappeared. The reason for the appearance of these animals is to commemorate the fauna found in the previously mentioned expedition. In addition, on these coins, the obverse design also changes, although keeping Jefferson on it. 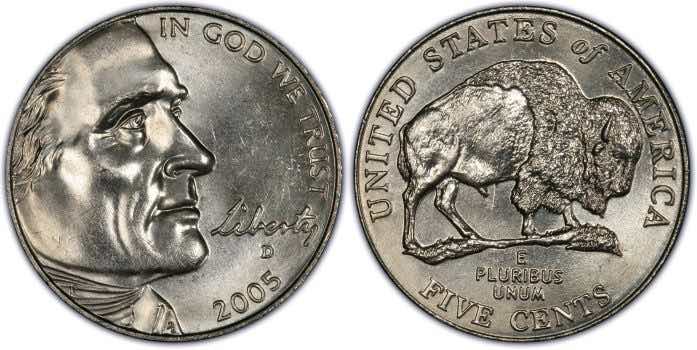 Between 1913 and 1938, the 5-cent coins of the United States of America have a buffalo, an animal native to North America, on the reverse, and a Native Indian on the obverse. They have always maintained the same weight of 5 grams and the material, 75% nickel, and 25% copper.

However, from 1939 to the present, 5-cent coins (or nickels) feature Thomas Jefferson’s image on the obverse and, on the reverse, his residence, Monticello, located in Charlottesville, Virginia. 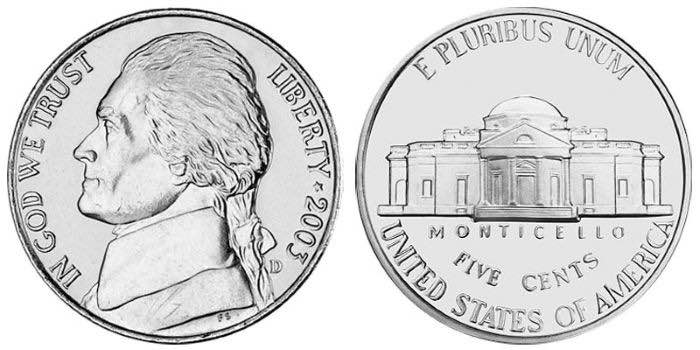 As previously mentioned, the obverse still bears the image of Jefferson, but in this case, it has some peculiarities:

The reverse, which is the part that most attracts our attention, is where the American bison is. It also has some differences with respect to the original buffalo nickels that disappeared in 1938: 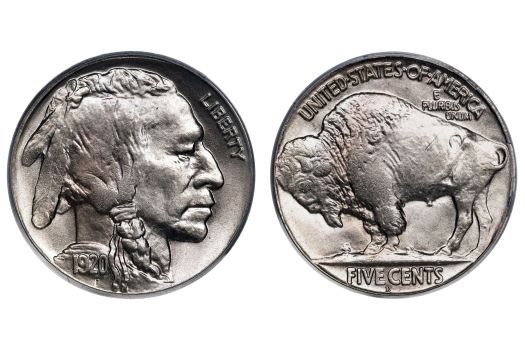 How much are the 2005 Buffalo nickels worth?

First of all, it should be said that normally nickels are not very valuable, however, some 2005 nickels with the buffalo design attract a lot of attention and are therefore slightly more valuable than normal. In addition, certain errors that these coins have suffered from have pushed the price to more than a thousand dollars, as we will see later on.

We must be aware that the quality of conservation is key for them to be well valued and therefore the price demanded. Also, the place of minting, also called mint, influences the money that our coin costs.

What types of Buffalo nickels are there?

Most nickels fall into these three categories:

Not all variations are worth the same. Only in Denver was the error made that triggers the price of the currency.

2005 Bison Nickel Errors: Here’s how to check if you have a Valuable Speared

The name of the error is Speared Bison, and as the name says, these are marks that appear to pierce like spears through the American bison on the reverse. 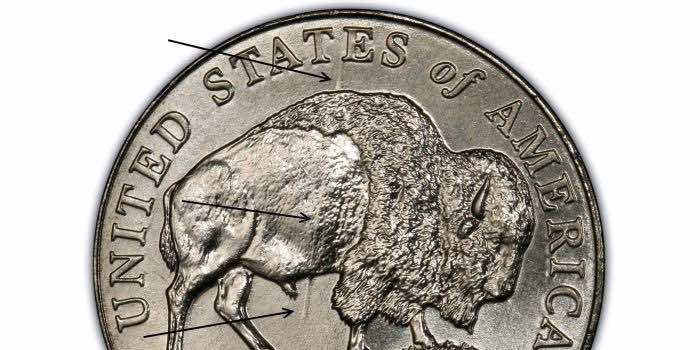 How much have the prices of these cents evolved?

When we review the price tables for the previous 10 years we see a drop in value in the higher grades of varieties with errors in these types of coins. On the contrary, it seems that in slightly lower conservations the price has grown significantly.

The reason may be due to an increase in demand from intermediate collectors who cannot afford “extreme” grades. As for the error market, in preservations higher than MS66 or even MS67, it is always subject to collectors being able to spend thousands of dollars on their acquisitions and perhaps at present, there is no confidence or economic stability due to the ongoing crises.

Does this mean it is a bad time for numismatics? Not at all… it indicates that it is a good time to buy very high grades at a lower price that can appreciate in value over time.

In addition, in high grades such as MS67, the error-free versions have increased in price by more than 50%. In general, there is not so much change in those that lose value, sometimes even just a few dollars.

What’s the origin of 2005 nickel errors?

As we have said before, the error on this coin and the reason it can cost over a thousand dollars is the speared bison, a rare variant of the normal version that appeared at the Denver mint. The reverse error looks like a spear piercing one side of the American buffalo.

The question, in this case, is how does something like this come about?

This type of error is called Die Gouges and arises when the coin is struck. If a foreign object is introduced into the dies that strike the bare coin, it gets stuck in the design. In this case, we can see how this object has been engraved in an elongated and diametrical shape, giving the curious appearance of a spear.

Errors in North American numismatics are always highly valued by collectors because they are very scarce, so they always have high prices. There are many different types of errors such as die breaks, metal excesses, filled dies, etc. All of them change the aesthetics of the coin design.

How do I expand my 2005 Buffalo Nickel collection?

We have many ways to expand our nickel collections. Here are a few ideas for collecting these little nickels year after year. 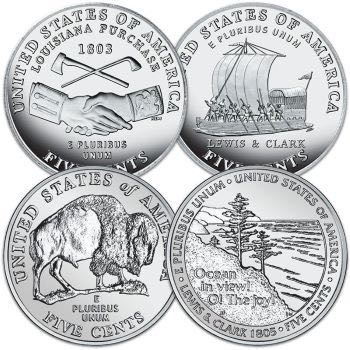 One option that helps us to enjoy such a collection is to treasure 5-cent coins that recall an event or celebrate something special through their design.

We can start collecting the other three coins of The Westward Journey Nickels, which as we have said before together with the 2005 Buffalo Nickel are part of the commemoration of the Louisiana Purchase and the Lewis and Clark expedition. All of these coins are from 2004 and 2005.

In this category, we have three coins with different busts of President Jefferson.

First, the original design that since 1939 was present with Jefferson looking in profile to the left. The next is that of the coin analyzed in this post, which in addition to having the American buffalo on the reverse has a different bust of Jefferson looking to the right and with an enlargement of his face; the same appears on the other commemorative coin of 2005.

Finally, the current “Jefferson” since 2006, faces front on the obverse of the nickels. 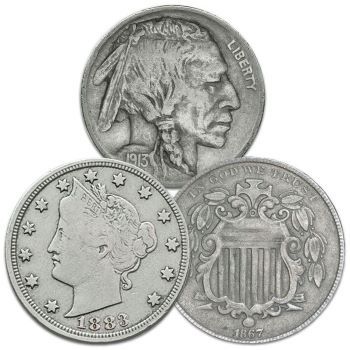 Of course, they are expandable to the different variants of each one of them, which will extend the collection much more.

We can focus on collecting only 5-cent coins with errors, such as the nickel presented in the post. However, I must warn that the list can be long, and there are many counterfeits due to their great value, another drawback if your purchasing power is not very large.

Graduated in Labor Relations and Human Resources. I have been trained in numismatics by the University of Murcia. I am a specialist in Spanish currency (from the Catholic Kings to today), euros and large silver modules. My main sources are the American Numismatic Association (ANA), the Numismatic Literary Guild (NLG) and numismatic publications: CoinWeek, COINage, The Numismatist, Numismatic News and Coin Values.