Want to sell valuable US coins but you’re not sure how or where? In this post, we offer a practical guide to selling your coins through a coin auction.

Most of the time, selling a coin online is usually more profitable than through a coin store

Which is the Best Coin Auction?

The one that is most specialized in your coin collection. The rest of the conditions, if they are reasonable, are not so important.

There are many options for selling your old coins at auction. Here we give you elements, tips and guides to find the numismatic auction that best suits your collection.

The Value of Coins in Auctions

It seems obvious, but we are obliged to warn about this point because of the many times we have observed the opposite.

As a general rule, when a person who has a coin collection worth a significant amount of money, leaves that collection to a relative, they usually inform the relative that the collection’s upkeep takes a lot of effort, both financially, and in terms of time and study.

If we have inherited a number of coins and in no case have been advised that these coins are appreciated and expensive, it is quite possible that our relative simply enjoyed spending a few dollars from time to time on a piece. Many collections are of great historical interest, but little value.

Before Selling in an Online Coin Auction

If we are not sure of the value of the collection we want to offer to the auction house, a great idea is to choose four or five pieces that we consider to be the most valuable, and open a consultation with a professional. If you show interest in sending the collection to their company, they will advise you, and guide you in how to ascertain the value of your coins and sell your collection.

Don’t forget that, with this sales system, the auction house is going to make more money the more expensive your coins sell for.

We have to consider that these inconveniences characterize the general operation of the auction houses.

There can be exceptions. For example, if the seller appears with a sufficiently important collection, the commission by sale will be 0% or even negative (some companies offer to their ceding companies more money than the auctions of their pieces reach).

Well, we’ve already decided to sell the coin through an auction house, and now it’s time for a crucial decision. Where do I sell it?

As a rule, all auction houses are serious, professional companies. They are usually run by prestigious numismatists, and all of them are very reliable. They won’t fool us, as they live off their image. Vico, Herrero, Pliego, Ibercoin, Aureo Calico, Cayón, Tauler y Fau or Soler y Llach auctions are some of the most popular in Spain.

However, there are a number of factors that should tip the balance when deciding on one company or another…

Find an Auction House Specializing in your Type of Valuable Coins

If an auction house specializes in a particular series, collectors of that series will usually know about it and pay special attention to the auctions organized by that house.

Thus, the chances of our lot reaching a higher price are increased. We will list some of the most important companies, giving you some tips on which auction house to choose to sell your collection on.

The world’s largest numismatic house… no more words necessary. They’ve auctioned off 10 of the 20 most expensive coins in history. Heritage Auctions specializes in high quality American and world coins. They have an impressive client list, and there is no amateur or professional coin dealer who does not know about them.

Another giant of the numismatic auctions. If Heritage has 10 of the 20 most expensive coins in history, Stack’s auctioned the three that fetched the highest price, with a combined total among the three of nearly $20 million. Also specializes in American coins or high quality world coins.

The best choice if a coin collection is based on colonial Spanish currency or treasures recovered from shipwrecks. This house specializes in those series, and they are probably among the greatest experts in the world.

They have fewer auctions per year than Heritage or Stack’s Bowers, but they always hold coins of exquisite quality. A good option for auctioning important collections, as they have a large customer base.

Where to auction your old coins in Europe

All these companies are top professionals, with years of experience in the sector and have great prestige within the numismatic world at an international level. However, if you are a resident of another country, you can also look for some other options, as there are hundreds of possibilities, and usually all of them are equally valid.

Tips Before Sending your Coins to Coin Auction Sites

Let’s describe the usual experience we will have as sellers in an auction house when we put our coin collection up for sale. Bare in mind that different companies will use different protocols of action, and some of these points may vary a little. Once again, if you have any doubts, do not hesitate to call the company for information. They are always professional, dedicated to their trade, and they will never put obstacles in your way to inform you.

A numismatic auction is a fairly simple and easy to learn process for regular buyers.

A few years ago, there were two types of auctions. In-house auctions, which are the ones we usually see on TV, with the auction manager saying out loud the current bid and the buyers raising their hands to beat it.

There were also online auctions. In this mode, bids were received in a sealed envelope, and the highest bid received simply won.

This last modality of numismatic auctions is more and more in disuse. With the implementation of new technologies, online auctions now have a live component, and the operation is exactly the same as a room auction, except that the management is exercised by a machine instead of a person.

Usually, companies print a catalog with all the graded and numbered lots they are going to offer, and send it to their regular customers or to those people who might be interested in that currency. In this catalog, it is announced when the auction will be opened for pre-bids, and when the live auction will take place.

As soon as the pre-bids are opened, the company starts receiving bids for the lots. These bids can be made online, or by more traditional means such as sending a letter by mail or a phone call.

Usually, the day before the auction takes place, the previous bids are closed, and the lots go live with a starting price equal to the highest bid previously received. Some customers prefer to pre-bid, some others prefer to bid live. There are as many strategies as there are people, and none is more valid than the other.

Nowadays, practically all companies in the sector have developed a web or mobile app that allows customers to bid live without having to be present at the place where the bidding takes place. The big difference between live auctions and online auctions is the presence of an auctioneer and a live audience.

In addition, large companies tend to keep the best currencies for their live auctions, and the least important ones for online auctions, as the cost of developing them is much lower.

What is the starting price of an auction?

The starting price refers to the minimum amount at which the coin can be sold. Any price below that amount is not considered.

What are hammer and realized prices?

The hammer price is the maximum value that a buyer has offered for the piece. This hammer price ends the coin auction.

The price realized is the final purchase price of a lot. Includes the hammer price plus the buyer’s premium.

Besides, the buyers premium simply refers to a percentage additional charge on the hammer price of the lot that must be paid by the winning bidder. It is supposed to be charged by the auctioneer to cover administrative expenses. The buyer’s premium goes directly to the auction house and never to the seller. 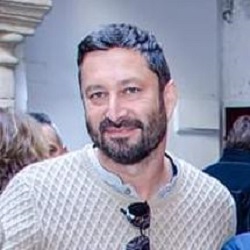 A fan of investments, numismatics, history and coin collecting in general. Graduate in Cultural Anthropology and computer science. I write in several digital media specialized in collecting, auctions and antiques reviews. I like reliable information, so my main sources are the American Numismatic Association (ANA), the Numismatic Literary Guild (NLG) and numismatic publications: CoinWeek, COINage, The Numismatist, Numismatic News, Coin Dealer Newsletter and Coin Values.