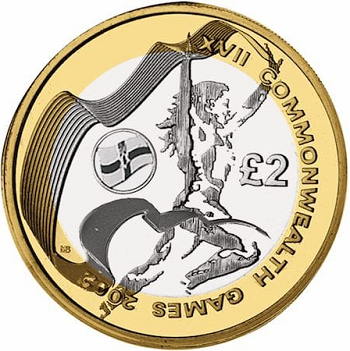 It is not always necessary to spend large amounts of money to build up a collection or invest in coins. It is often enough to have a real and updated knowledge of the market so you know which coins should be part of our collection.

Some of these valuable coins could be in our pocket or in our “coin jar” waiting to be discovered. This is why we said that it is not always a matter of investing a lot of money into collecting, but one of investing our time well in order to make a profit.

Note: One such valuable coin is the 50p Kew Gardens 2009, already mentioned in our rarest 50p coins post. Numbering only 210,000 units, you can find them in circulation today. We just need to make sure that the coin is the 2009 edition and not the much less valuable 2019 edition.

Here are some other examples of coins sought by collectors and investors with which we can make money. The below table offers a preliminary summary:

Between November 2008 and 2009, 136,000,000 20p pieces were minted with the diademed bust of Queen Elizabeth on the right and the legend ELIZABETH-II-D-G-REG-F-D-2008 on a seven-sided die. On the reverse side, the Royal Coat of Arms appears with an off-centre effect, and the legend on the right side conveys the facial value in letters – “TWENTY PENCE“. They were the so-called 20p “Royal Shield of Arms“.

These coins were made of cupro-nickel (84% copper and 16% nickel) and their specifications were a weight of 5 grams and a diameter of 21.4 mm. The detail on the reverse side was designed by Matthew Dent.

According to various sources, between 50,000 and 250,000 of the 136 million pieces minted appear without the date on the front. The explanation for this is that the previous obverse of the 20p coin depicting “The Tudor Rose” was used by mistake. The date (2008) was shown on the reverse, so the coin was not dated.

The cause of the error can be seen in the below images of the three different editions. Photo courtesy of the Royal Mint website.

But attention must be drawn to the fact that there are many forgeries of this rare 20p coin.

This error has already been mentioned in our previous post about the most valuable British coins to collect, and came about with the change to the decimal system in 1971 when 2p coins were minted with the legend “New Pence”.

In 1983 the removal of this obsolete legend was planned in favor of showing the face value “TWO PENCE“, but by mistake some 1983 coins were still minted with the old legend “NEW PENCE“.

Issued on the occasion of the 17th Commonwealth Games held in Manchester from 25 July to 4 August 2002, together with three other coins (those of Scotland, Wales and England). They differ from each other in the flags appearing on the central left-hand side of the reverse.

They each weigh-in at 12 grams and have a diameter of 28.4 mm. This rare two-pound coin has a core made of cupronickel (75% copper and 25 nickel) and an exterior made of brass and nickel (76% copper, 4% nickel and 20% zinc). The design of the front corresponds to Ian Rank-Broadley and the back to Matthew Bonaccorsi, where Celebration, Victory and Sportsmanship are represented in a feminine form. On the edge appears the legend “SPIRIT OF FRIENDSHIP – MANCHESTER 2002”.

The four types of coins were not produced in the same numbers, and the £2 coin of Northern Ireland is the one with the smallest circulation of all. For reference, the following units of each type were minted:

According to www.changechecker.org the four £2 coins are ranked according to their scarcity, so in the same order as shown above.

There is also a set of the series that can be purchased online, comprising the four FDC coins in storage.

This 50p coin had a circulation of 109,000 units, even less than the famous “Kew Gardens” 50p coin, making it both more sought after and harder to find. With the 7 sides characteristic of these coins, it has a diameter of 27.3 mm, a weight of 8 grams and is minted in cupronickel (75%-25%).

Raphael Maklouf designed the obverse, and the bust of the Queen in headdress can be seen on the right-hand side of the coin accompanied by the legend ELIZABETH II DEI-GRA-REG-F-D.

The design on the back was the work of Mary Milner Dickens and depicts a table with twelve joined stars and twelve chairs around a table. The acronym “UK” appears on the chair at the head of the table (at 12 o’clock). The date “1992” appears at the top left and “1993” at the right. Underneath is the value of “50 PENCE”.

This currency, which in the first months of circulation was neither demanded nor sought after in the market despite its very low circulation, has become one of the most valuable this year (2020) after the official abandonment of the European Union by the United Kingdom on 31 January 2020.

We say that this is a variant because it is not an error like the other coins shown. In this case, once the process of minting the reverse side of the coin began, the water covered the swimmer’s face, but it was subsequently decided to modify the design so that the swimmer’s face could be clearly seen unobscured by waves.

Below is a photo of the two versions of the coin. We remind you that the most valuable and scarce edition is the one on the left where the swimmer’s face is not clearly seen, and its acquisition is our investment objective.

The piece has the same characteristics as the 50p face-value coins. The reverse was designed by Jonathan Olliffe and shows a swimmer underwater with the ripples of water currents covering his face. The London Olympics 2012 logo is depicted above and the “50 PENCE” value below. A total of 2,179,000 units of this type were coined.

Before the decision was made to modify the design by removing the waves from the water and making the swimmer’s face visible, various sources estimate that some 600 units were minted only, making it one of the rarest and most sought-after 50p coins in existence. However, we have not found consensus on the total number of units minted for this variant.

Many copies of this coin are currently for sale on the Internet, especially on eBay, sometimes specified in the title, sometimes in the description of the item, and sometimes not at all clear – but, obviously, no original of this currency would be sold for those prices. Key to identifying the real deal, it is important to remember that the weight of the coin must be 8 grams, as specified above.

Rafa Sánchez
Numismatic collector with a passion for history, particularly Spanish history.
I have a degree in Business Administration and Management and numismatics studies at the University of Murcia (Spain).
My main sources are the American Numismatic Association (ANA), the Numismatic Literary Guild (NLG) and numismatic publications: CoinWeek, COINage, The Numismatist, Numismatic News and Coin Values.
This site uses cookies and external scripts to improve the user experience. Are you agree? SettingsYesNo
Cookies